Get in touch. For any questions, comments, or work inquiries, please fill out the form below.
YASUAKI SHIMIZU
清水靖晃＆サキソフォネッツ：LATIN
Yasuaki Shimizu & Saxophonettes: LATIN 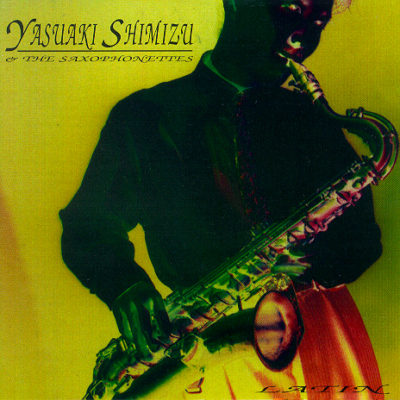 Inspired by Papa Shimizu’s vocal version of “Besame Mucho” (yes, it’s really him singing!), this album was recorded in 1983 but left for almost ten years until its release in 1991. Shimizu maintains that “aging gives it a richer flavor.”